Anointing of the Sick

1499  “By the sacred anointing of the sick and the prayer of the priests the whole Church commends those who are ill to the suffering and glorified Lord, that he may raise them up and save them. And indeed she exhorts them to contribute to the good of the People of God by freely uniting themselves to the Passion and death of Christ.”

1511 The Church believes and confesses that among the seven sacraments there is one especially intended to strengthen those who are being tried by illness, the Anointing of the Sick:

This sacred anointing of the sick was instituted by Christ our Lord as a true and proper sacrament of the New Testament. It is alluded to indeed by Mark, but is recommended to the faithful and promulgated by James the apostle and brother of the Lord.

1512 From ancient times in the liturgical traditions of both East and West, we have testimonies to the practice of anointings of the sick with blessed oil. Over the centuries the Anointing of the Sick was conferred more and more exclusively on those at the point of death. Because of this it received the name “Extreme Unction.” Notwithstanding this evolution the liturgy has never failed to beg the Lord that the sick person may recover his health if it would be conducive to his salvation.

1513 The Apostolic Constitution Sacram unctionem infirmorum, following upon the Second Vatican Council, established that henceforth, in the Roman Rite, the following be observed:

The sacrament of Anointing of the Sick is given to those who are seriously ill by anointing them on the forehead and hands with duly blessed oil – pressed from olives or from other plants – saying, only once: “Through this holy anointing may the Lord in his love and mercy help you with the grace of the Holy Spirit. May the Lord who frees you from sin save you and raise you up.”

WHO RECEIVES AND WHO ADMINISTERS THIS SACRAMENT?

1514 The Anointing of the Sick “is not a sacrament for those only who are at the point of death. Hence, as soon as anyone of the faithful begins to be in danger of death from sickness or old age, the fitting time for him to receive this sacrament has certainly already arrived.”

1515 If a sick person who received this anointing recovers his health, he can in the case of another grave illness receive this sacrament again. If during the same illness the person’s condition becomes more serious, the sacrament may be repeated. It is fitting to receive the Anointing of the Sick just prior to a serious operation. The same holds for the elderly whose frailty becomes more pronounced.

1516 Only priests (bishops and presbyters) are ministers of the Anointing of the Sick. It is the duty of pastors to instruct the faithful on the benefits of this sacrament. The faithful should encourage the sick to call for a priest to receive this sacrament. The sick should prepare themselves to receive it with good dispositions, assisted by their pastor and the whole ecclesial community, which is invited to surround the sick in a special way through their prayers and fraternal attention. 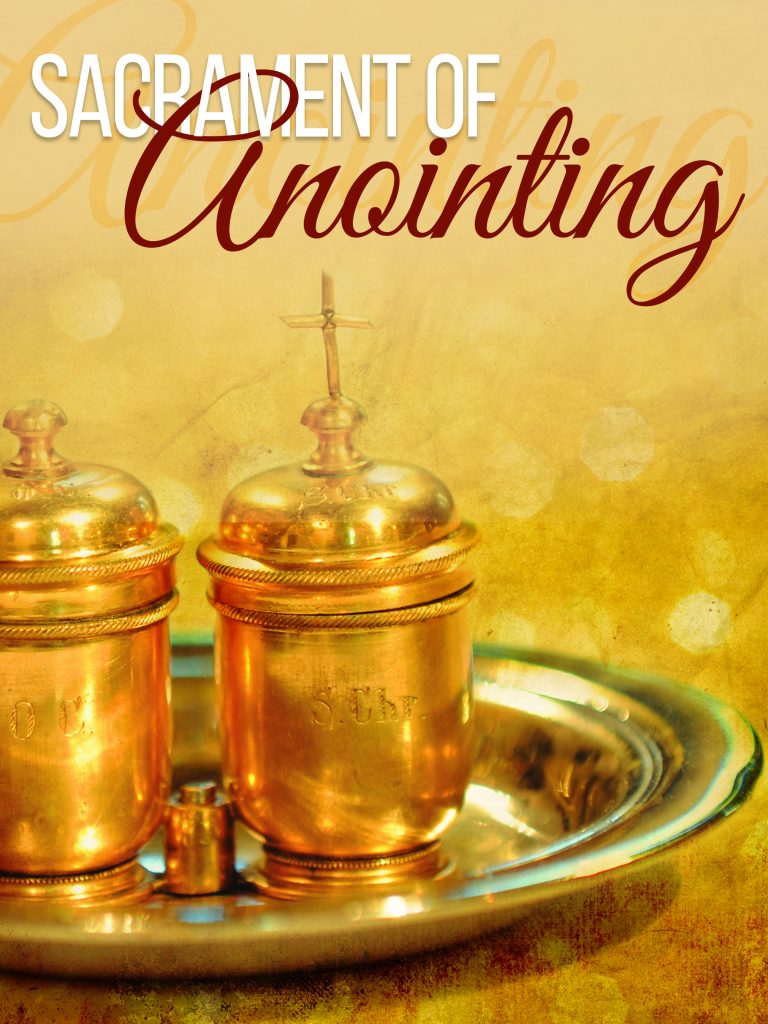 During the office hours:

If you need a Priest outside the office hours