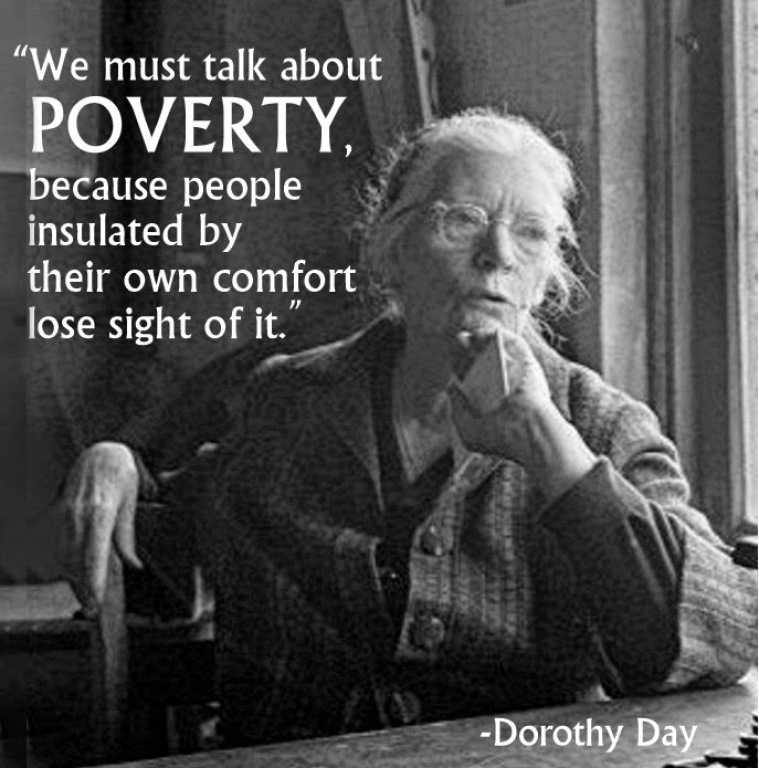 Dorothy’s Corner was named after writer, editor, social reformer, and Catholic convert, Dorothy Day. After her conversion to Catholicism, she co-founded The Catholic Worker, a newspaper that helped to promote the Catholic faith which brought forth the Catholic Worker Movement. This movement focused on hospitality and offering social service to those living in poverty, by providing them with special housing and food from local farms to eat.

“Dismiss them so that they can go to the surrounding farms and villages and buy themselves something to eat. He said to them in reply, “Give them some food yourselves.” But they said to him, “Are we to buy two hundred days’ wages worth of food and give it to them to eat?” He asked them, “How many loaves do you have? Go and see.” And when they had found out they said, “Five loaves and two fish.” So he gave orders to have them sit down in groups on the green grass. The people took their places in rows by hundreds and by fifties. Then, taking the five loaves and the two fish and looking up to heaven, he said the blessing, broke the loaves, and gave them to his disciples to set before the people; he also divided the two fish among them all. They all ate and were satisfied. And they picked up the twelve wicker baskets full of fragments and what was left of the fish. Those who ate were five thousand men.”